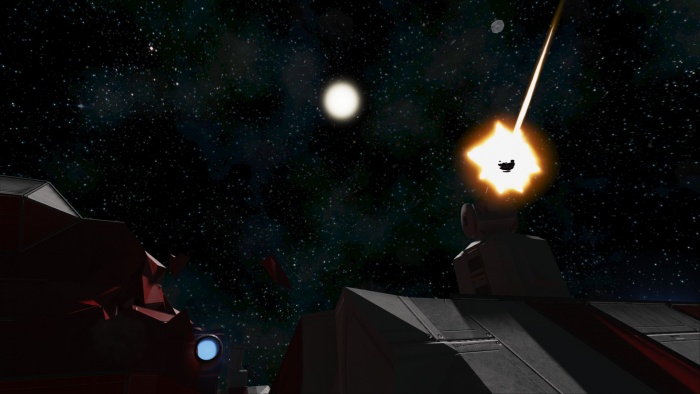 Meteor showers are an optional element that vary from annoying to catastrophic. The frequency, size, and speed of meteor showers can be changed in the World Settings. Left unchecked, meteors will do a pretty good job of knocking chunks off of things if one does not prepare well enough for them.

Meteor storms are a randomly occurring event, during which a number of meteorites will spawn and be launched towards the world from the direction of the sun. This also remains true if Enable sun rotation option is enabled as well.

Their severity can be altered in the World Settings, and the options are as follows:-

Defending yourself and your world from meteors can be accomplished in two basic ways: either put something between you and the sun, or shoot the meteors before they can hit.

The former (putting something in the way) is likely the first thing you will do, as it is trivial to put everything behind an asteroid.

The latter requires a bit more effort, as it requires you to build either a Gatling Turret or an Interior Turret, plus ammo. Once they are in place, meteors are (for the most part) no longer a problem.