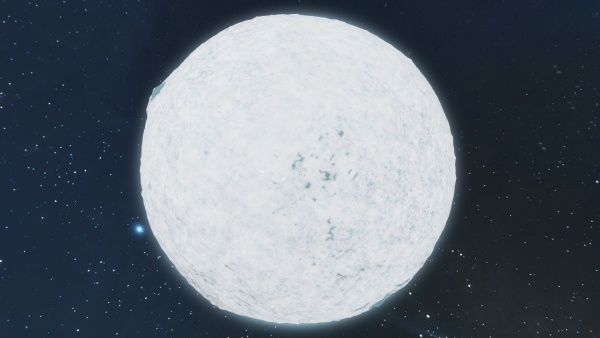 This moon, which orbits the Mars-like planet, resembles the real moon of Jupiter of the same name. Its surface composed almost entirely of ice. It possesses a thin atmosphere that is thick enough for atmospheric thrusters to work and decreases the efficiency of ion thrusters, but it does not include oxygen; the atmosphere does not extend very high above the surface. This moon has a low gravity, approximately 25% of Earth's.

In appearance, Europa is a speckled white as seen from space; at ground level, the surface appears white and blue. The sky is slightly hazy, but is nearly black, and stars are visible even during the day. Its surface is primarily bumpy, with some small valleys.