The Refinery is a functional Block available for Large Ships and Stations, used to process raw Ores into useful Materials. If connected to a Conveyor Network via one of the inventory access points, the Refinery can automatically pull in Ores from attached inventories to process, and any attached Assemblers can pull refined Materials from the Refinery as needed. Unlike the Basic Refinery, the Refinery is capable of refining all ore types in the game, with the exception of Ice, which must be processed inside an Oxygen Generator. Both of its ore and ingot inventories hold 7,500 L
7.5 m³
750 hL
each.

Each Ore once mined from an ore vein from an Asteroid, Moon, or Planet is in a very impure form that is mixed up with other elements and contaminated with impurities not suited for fashioning into useful Components, the Refinery for lack of a better word Refines the ores into their pure forms much like Smelting. Since the Ores are riddled with impurities most of the Ore will be processed away leaving behind only the base element. Each type of ore has their own ratio of impurities and the time necessary to remove.

In addition to this every type of Refiner (Refinery, Basic Refinery) also has their own ore efficiency ratio and refining speed. The factors in determining the yield of any given quantity of ores being turned into useful materials is as follows:

Using this we can estimate the yield of 50 kg of Nickel Ore to come out to 20 kg of processed Nickel Ingot, since:

A Refinery starts with 100% in all categories. When you add modules, the Refinery's Control Panel will show the adjusted percentages. The Refinery block itself has eight attachment points for modules, all on the flat grey side. Each module can occupy up to two attachment points.

There are three types of upgrade module for Refineries:

Improves the Refinery's power efficiency by about 22%, Multiplicative, for each attachment point.

Increase the number of ingots you get for a given quantity of ore. This also has the effect of producing ingots faster. It does not affect ore consumption rate, nor does it affect power consumption.

Effectiveness modules increase Material Efficiency by about 9% per attachment point. Their influence is cumulative, so three attachment points give 1.09 ^ 3 = 1.3 times the efficiency (30% bonus rather than 27%). Filling all eight will yield a 100% bonus. This means that maximizing Effectiveness will generate twice as many ingots from a given volume of ore.

Note however that a refinery cannot produce more ingots than it consumes ore. For iron, the conversion is already 70% mass-efficient. Maximum Effectiveness would give us a theoretical yield of 0.7 x (0.8 x 2) = 1.12 ie. 1kg of ore would become 1.12kg of ingots, but the refinery cannot produce more ingots than there is ore (as this would be creating matter). For most ores this isn't an issue though.

Increase the speed at which ore gets converted into ingots, and increases power consumption.

Productivity modules add 50% to the Productivity stat for each attachment point occupied, giving a maximum of 400% achievable with 4 modules filling all points. This does not yield 5 times the refinement speed, however. A Refinery has a base refining speed of 1.3 and productivity gains are added to this at a rate of 0.5 per attachment point, so the actual speed can be calculated as:

So the maximum Productivity boost actually yields about 4 times the base refining speed, rather than 5 times. 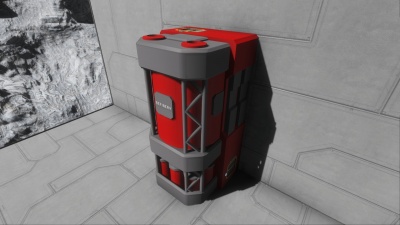