Note: In open public discussion, forum threads, in game chat, and common knowledge we are known as the "Physics Inquisition" or just 'Inquisition" with an abbreviation of "I" - rather than by the formal title and acronym noted throughout this page. Use of the abbreviated common format is approved and encouraged by our Media & Public Relations Division.

The Physics Inquisitorial Squad of Faithful Fanatics (P.I.S'd.O.F.F) is simply a band of devoted and concerned players who share a common belief in the importance of Newtonian Physics in Space Engineers and Medieval Engineers.

The "Physics Inquisition" is an ongoing fight conducted by P.I.S'd.O.F.F. to protect open realism/survival mode servers from heretical ships that are designed to abuse or break certain Newtonian principles in order to gain an unfair advantage.

Amongst our weaponry are such diverse elements as:

In the beginning, Newton created the three sacred Laws of Motion that define basic principles of how we interact with the physical world around us 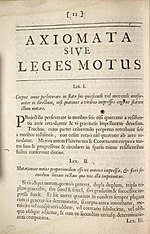 Most people rejoiced at the great gift of knowledge Lord Newton had bestowed upon them, and they were content to abide by his laws as they drove the wheels of industry and scientific innovation ever forward. But there have always been those who would dabble in dark sciences and witchcraft seeking to break Newton’s laws, and some evil few in their mocking defiance, who do so only in the hopes of acquiring god-like power over their fellow law abiding man.

Heresy is all acts that defy the common and logical rules of physics. Such as floating structures in a situation where it should fall (gravity) and indoor thrusters without any 'hole' for it's thrust to escape. Any such acts shall be seen as heresy if the creator:

With these definitions in mind, we shall reference the statement in Section 4 - Why the Inquisitorial Squad Wants YOU!: "Note "more realistic" as opposed to "totally 100% accurate." ". The definitions of heresy NEVER stand in the way of fun. They protect the original idea of the games and the players who want to play the way our saviour Isaac Newton has shown them.

There is only one penalty for the crime of Heresy - the eradication or confiscation and dismantling of the offending heretical ship! Should a heretical Space Engineer resist said punishment, other assets of the heretic damaged or destroyed in the enactment of said punishment are considered acceptable collateral damage. Any Inquisitor guilty of heresy receives the same punishment for their crimes. We are not above our own laws.

Why the Inquisitorial Squad Wants YOU!

Space Engineers and Medieval Engineers is designed around Newtonian principles. Those principles are therefore sacred and integral to the game environment.

In the cases of heresy outlined in Section 3.1 - Official Definition of Heresy, frustrated players who are tired of fighting against such ships may give in and begin constructing such ships themselves with the rationalization that they have to in order to compete. Pretty soon after that, they're everywhere, and then there goes the whole concept of this game delivering a more realistic experience right out the window. Note "more realistic" as opposed to "totally 100% accurate." In essence, such ships threaten to stagnate gameplay and creativity in the same way that occurred with ridiculously large and massively shield bubbled "borg cubes" in Starmade. Our calling is to prevent that same thing from occurring here in Space Engineers and Medieval Engineers.

We're not looking for an excuse to destroy someone’s full scale USS Enterprise or Minis Thirith model that they logged 500 hours constructing on some creative server. We're specifically looking for ships that are intended for active pvp and logistical support of player mining and construction activities on realism/survival servers.

It's Newton's skull within an "I" for "Inquisition", with clouds of electrons orbiting to make it look all "Physicsish". See, this is serious business

If you support our goals and ideals, then we invite you to join us!

How the Inquisition Functions

We have no formal "leadership", no formal titles or ranks, and no membership cards with discounts or special benefits packages. We can blend in and disappear, so you may never know the difference between that random guy standing next to you in line waiting to go through spaceport customs, and an Inquisitor who has dealt with 10 , 100, or 1000 heretics.

If you are a member of another faction that does NOT prevent you from joining us. Why? Well, because you can have a political affiliation as a "citizen" and still attend church - and the Physics Inquisition works the same way! You just walk in and join the P.I.S'd.O.F.F congregation. Welcome to the party!.

The only Engineers who are absolutely never allowed to join P.I.S'd.O.F.F are listed below on in Section 6.2 - The Black List.

The benefits of open membership are simple - opportunities for cooperation against heretics and the development of teamwork, friendships, and trust. Covert members may also come to you with intelligence on heretical activities.

Additionally, open members are encouraged to develop and use original and clever acronyms to identify their own personal Inquisition fleet and fly under them within our vast inquisitorial armada. This adds to the comedy of the entire affair and will hopefully confuse the heck out of our heretical enemies.


If you wish to become a covert member, then your membership will simply not be officially recorded. Please do PM an administrator when you join simply so that the Inquisition can maintain a halfway accurate count of covert Inquisitors operating in the Asteroid Belt.

Administrators are simply active and open members of the Inquisition who have taken on the additional responsibility of wiki and forum duties in support of P.I.S'd.O.F.F.

Should other exploits for ships that defy Newton become apparent and appear to represent a clear and present danger to multiplayer ship design and gameplay, a community discussion and poll will be started by an Administrator in the multiplayer section of the Keen Software House forum. Should the poll pass with at least 50% in favor of the provided wording, updates will immediately occur to Section 3.1 - Official Definition of Heresy and the new definition of heresy will be enforced.

Where and When Inquisitors May Take Action

All members are considered judge, jury, and executioner. We will exist on every open realism/survival server and may execute punishment on heretics at the time and place of our choosing within those servers.

Members of P.I.S'd.O.F.F. understand that various political/military/industrial factions controlling areas of the Asteroid Belt may institute "rules" regarding where and when combat between Space Engineers is "legal". The choice to break such rules in pursuit of a heretic is theirs, with the understanding that doing so may draw reproach from local authorities. Any local authority which engages Inquisition forces pursuing a heretic does so with the understanding that temporary escalation of the conflict may occur in response.

Otherwise, members of P.I.S'd.O.F.F. are not required to announce their presence or intentions to any heretic before attacking. They may do so if they are feeling generous, honorable, or wish to deprive the heretic of defensive support from nearby non-heretical Space Engineers.

Inquisitors are encouraged to post pictures of confiscated/destroyed heretical vessels on the Keen Software House forum as an ongoing testament of our conviction and as a warning to any players who are considering future heretical activity.

Insignia of the Physics Inquisition

To the right are two examples of the "minimum size" insignia of the Inquisition, one in 3x5, the other 4x6. You may scale them up for larger ships if you wish - see our official logo back up the page for ideas on how to do that. Creativity is encouraged!

Painting the insignia on your ship reflects that you are engaged on official business in the name of the Physics Inquisition. This is intended to prevent "good natured" players from coming to the aid of a heretical ship because it is seemingly being "attacked by pirates", "ganked", etc. It is your choice whether to display it loud and proud, or remove it and conceal your affiliation.

The only time use of P.I.S'd.O.F.F. insignia is absolutely NOT permitted is if you are engaging in piratical activities. Should you ever be caught breaking this rule, you will be added to the Black List.

The following Space Engineers are guilty of using the cover of the Inquisition's insignia while conducting outright piracy against other innocent, law-abiding Space Engineers. All P.I.S'd.O.F.F. members are strongly encouraged to adopt a kill on sight policy in regards to these renegades.