The Sabiroid is an enemy hostile to the player. It is able to burrow underground.

Sabiroids are an insectoid alien with six legs and a body comprised of three segments: a head with two small red eyes and a large mouth with jaws, a thorax where the six legs connect with the body, and an abdomen with a stinger at the end. The color of The Sabiroid's exoskeleton can be either black, white, brown or green.

Sabiroids can attack in three distinct ways: biting with its mouth, using its front legs to stab at you and using its stinger on the abdomen. 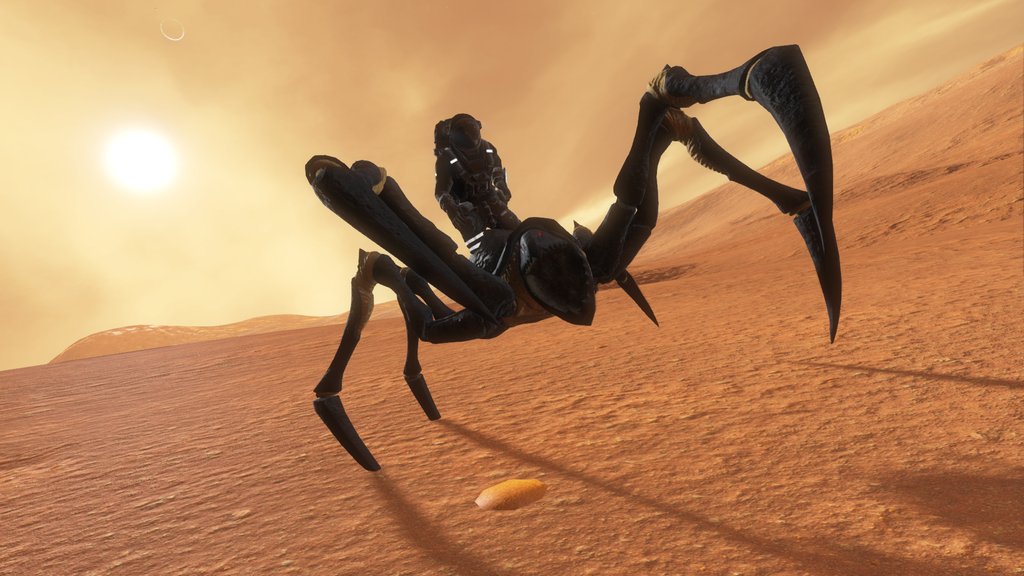 Sabiroids is found currently on Alien planets and Titan moons.

Sabiroids often spawn in groups, which can pose a serious threat to an unprepared explorer alone.