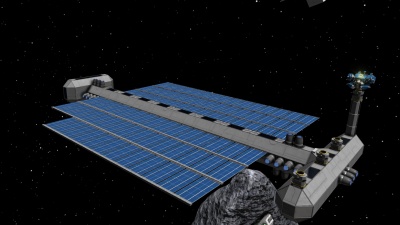 Stations are a Grid type similar to Large ships, they are both the exact same dimensions being 2.5 m3 and share the same variety of blocks they can build (Medical Room, Gravity Generator, etc). Despite this they are not exactly the same and have some key differences as outlined below. They are useful for building as the name implies stationary stations in space or built into asteroids or planets.

(Previous versions of Space Engineers called this setting Station Voxel Support, and the toggle behaved inversely to how the current one does. ie, DISABLED resulted in stationary stations, ENABLED resulted in drifting stations.)